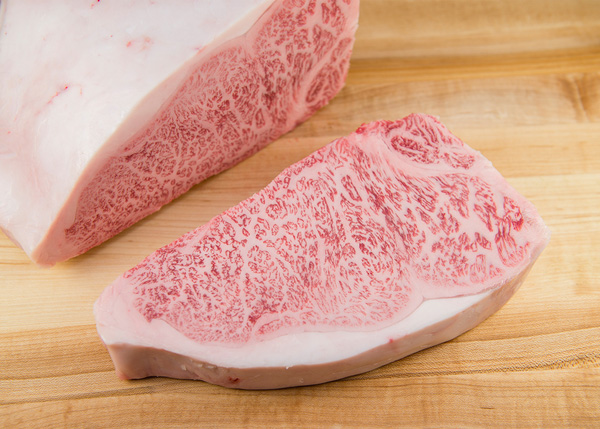 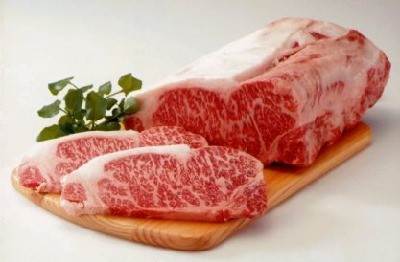 Cows that drink beer, are massaged with rice wine and listen to classical music? For meat lovers, Kobe beef is considered the epitome of fine dining. And at a few hundreds bucks a pop you’d want it to be.

So what exactly is Kobe beef?

Kobe beef comes from the Tajima-gyu breed of cattle found in Japan’s Hyogo Prefecture, of which Kobe is the capital and the meat’s namesake. Introduced as work animals in the rice cultivation industry during the 2nd Century, Tajima-gyu became isolated from other breeds in the small pockets of arable land within Japan’s mountainous landscape. Herd isolation and distinctive feeding techniques are said to have led to unique differences in taste and texture. Kobe beef is renowned for its superior flavor, tenderness and high amount of intramuscular fat, giving the meat a marbled appearance.

To retain maximum flavor, Kobe beef should not be cooked further than medium-rare. In fact, the fat in Kobe beef has a lower melting point than that of other beef so if cooked for too long at too high a heat, it simply melts away. And it is this feeling, of the meat melting in the mouth, that really makes Kobe beef an outstanding culinary experience. When compared with US meat ratings, Kobe beefs ranks at least two grades higher than Prime, in a special category the Japanese call “Platinum.”

Its prized value must also be credited to the mysterious rearing techniques said to aid the meat’s delectable flavor and texture. There are three major stories that crop up time and time again that have achieved somewhat of urban legend status. The first is that the cows are given beer to induce appetite. The second is that they are massaged daily, sometimes with sake (Japanese rice wine), as a proxy for exercise in the tight living quarters and to further accentuate the marbling that Kobe beef is so well known for. And the third is that classical music is played to them as a relaxation technique and at feeding time so they associate the music with eating and hence the music improves their appetite. While there is no hard evidence to suggest that any of these techniques improve flavor or texture, they certainly give the imagery of the cows living as kings, adding to the decadence of a Kobe beef meal.

To be classified as true Kobe beef, the Tajima-gyu cow:

Must be of pure Tajima-gyu lineage.

Must have been born and raised in Hy?go Prefecture.

It must be a steer (castrated bull) or virgin cow.

It must have only been fed grains and grasses from within the Prefecture.

It must have been processed in approved slaughterhouses within the Prefecture.

It must have a fat marbling ratio (called BMS) of level 6 or above.

The animal’s gross carcass weight must be 470kg or less.

Must be assigned a 10-digit ID number so that its authenticity can be traced back to the individual cow it came from.

With its reputation for excellence and consumers ready to open their wallets for a taste of it, it’s unsurprising that restaurants the world over have tried to cash in on the Kobe beef name. While there are strict laws in place on the usage of the term “Kobe beef” in Japan, such standards are largely unrecognized abroad meaning that restauranteurs can go to town with the name on their menus without any legal backlash.

The disappointing thing for diners is that when this label is used outside of Japan, it’s almost always not the genuine article. Many use the term “wagyu” as being synonymous with Kobe beef, when this is most certainly not the case. “Wagyu” simply means “Japanese cattle” and despite what some restaurants may claim on their menus, it is not a breed itself. Wagyu is classified into four breeds – Japanese Black, Japanese Brown, Japanese Poll, and Japanese Shorthorn. Tajima-gyu cows from which Kobe beef comes from belong specifically to the Japanese Black breed. While all wagyu beef is considered high quality, only meat of Tajima-gyu cows that fulfills the strict lineage and quality criteria can be termed “Kobe beef.”

Let’s look at the United States as an example. If you think you have tried Kobe beef in the States prior to August 2012, think again. From 2010 to August 2012, the import of Japanese beef, Kobe or otherwise, to the United States was banned due to concerns over foot and mouth disease believed to have originated from livestock in Japan. Even prior to that, only boneless fresh Japanese beef could be imported and none of it was Kobe as slaughterhouses in Hy?go Prefecture (a requirement of true Kobe beef) were not approved for export by the USDA. Hence any restaurant claiming to be serving Kobe beef in any form in the United States before August 2012 was being a bit creative with their menus.

While the USDA’s ban on Japanese beef importation was lifted on 27 August 2012, only very small quantities of Kobe beef have been distributed to select buyer(s). When you think that only around 3000 heads of Tajima-gyu cattle are certified as Kobe beef each year and that Kobe beef contributes to just 0.06% of beef consumption in Japan, and then only a very small fraction of that is exported to the US, the chances that the steak on your plate is genuine Kobe beef is slim.

That’s not to say there aren’t legitimate restauranteurs in the United States selling genuine Kobe beef nor that this is an issue exclusive to the United States, it most certainly is not. But the fact of the matter is that there is very little true Kobe beef in existence to begin with and there is a lot of money to be made off the Kobe beef brand. The unfortunate thing for US consumers is that the lifting of the ban only makes matters more confusing. Until last year, all of the “Kobe beef” on offer were guaranteed fakes. Now with the possibility that it is Kobe beef and with the near impossibility for the diner to be able to trace its authenticity, it’s even harder to know whether to part with your hard-earned cash.

My advice? Save your pennies and put them towards a trip to Japan to try the real thing.

And the beer, massages and music, I hear you ask? While I hate to put a dampener on a good story, it basically has to be put down to myth. It’s certainly plausible that some farmers have used such techniques (and perhaps that is where such legends derived), but it’s definitely not an industry-wide standard. In the words of Yoshinori Nakanishi, a Kobe cattle farmer who’s been in the business for nearly 40 years, “Neither I nor any beef farmer I know would ever dream of giving cows beer.” Guess they’ll just have to let the taste speak for itself. Luckily for them, one bite of the famed “melt-in-your-mouth” fare usually requires little convincing.